“If the number of tourists in the first six months goes down, then it’s dangerous because the tourism season is at its highest in that period,” Binh told a workshop held by the VTA in Hanoi on May 25.

“Even though Thailand has had some political crisis, its growth rate is still good. If we don’t implement necessary measures now, Vietnam will fall behind and may not be able to recover,” he said.

Visa exemptions and fewer restrictions, as well as better management of pricing, were ways of encouraging more visitors to Vietnam.

Vietnam allows visa-free entry for tourists from seven countries – Japan, South Korea, Finland, Denmark, Norway, Sweden and Russia – and 30-day exemptions for citizens from nine out of the 10 ASEAN member states, with a total number of tourist arrivals at some 8m a year.

Since visa exemptions were granted in 2004 for tourists from Japan, South Korea and Russia, the number of arrivals from these three markets has grown by 354 percent.

Binh proposed visa exemption for tourists from France, Germany, Australia and the UK, and to trial removing visa fees for other countries for the period July to December. 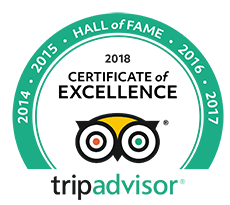